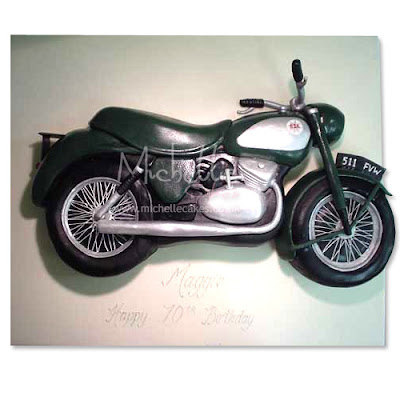 "After graduated from Architecture degree, Michelle Wibowo (a member of the British Sugarcraft Guild) pursued her passion in Cake Decorating and Sugarcraft by enrolling to BTEC Course in Baking Science in 2001.

In 2002-2005, she developed her skills in cake decorating by gaining experiences in many cake shops in and around London. During this period more than 2000 cakes and sugar models she has produced, some of them are commissioned by famous celebrities and high-profiled individuals in the country. Her work on "Royal Wedding Cake" has made appearance in the national television.

In 2005 she moved to Burgess Hill in West Sussex and started her own studio, specialised in Sugar Modeling and Custom Made Novelty Cakes, she also work freelance. Some of her work includes 1:66 scale of "Museum of Childhood" was commissioned by Victoria & Albert Museum."

Email ThisBlogThis!Share to TwitterShare to FacebookShare to Pinterest
Labels: Food