The motorcycle in cinema-Resident Evil: Apocalypse.

"Resident Evil: Apocalypse is a 2004 science fiction action horror film. It is the second installment in the series of film adaptations based on the Capcom survival horror series Resident Evil. Borrowing elements from Resident Evil 2, 3: Nemesis, and Code: Veronica, the film follows the heroine Alice, who has escaped the underground Umbrella facility, and must band with other survivors including Jill Valentine and escape Raccoon City, before it's too late. The film was directed by Alexander Witt and produced by Paul W. S. Anderson." 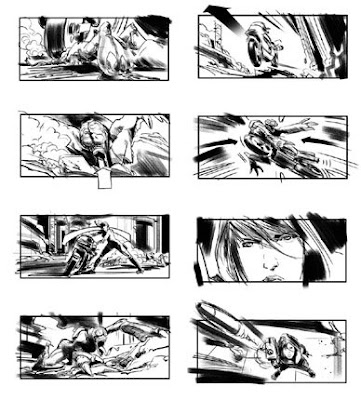